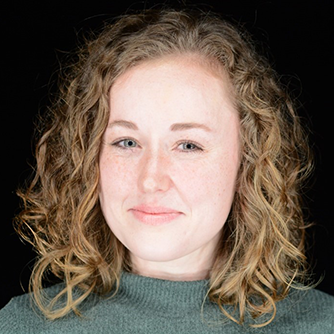 Elle Jansen grew up in the mountains of Santa Fe, New Mexico and brings her passion for education and the arts to her work at Rennie. Elle started her professional career as a performer, and has worked as a professional dancer and choreographer since the age of 17. In 2017, Elle graduated from the University of San Francisco (USF) with a BA in Performing Arts & Social Justice and International Studies. After graduating she was hired as an instructor at USF for collaborative artistic courses bringing together USF students and incarcerated peoples in the San Francisco County jails. In that role she also had the opportunity to support formerly incarcerated people in furthering their education and artistic endeavors as returning citizens. While teaching at the university she continued to teach theater, dance and musical theater within San Francisco public schools and early childhood education centers. She has developed a variety of classroom curricula from an early childhood arts-integrated program for Building Kidz Worldwide to college level syllabi.

Elle joined the Rennie Center in 2019 because she wants to push our education system to be more equitable, student centered and holistic. Elle continues to wear her educator hat alongside her work at Rennie, and she is the choreographer for two musical theater troupes in the Greater Boston area with Rehearsal For Life.